Now in Tulare, update of the past few days

Our time in San Diego flew by fast with many brief visits with various family. My cousin Matthew was there the day we arrived but left the next day, so we squeezed in game playing and picture watching with him. Aunt Karen came by twice to say hi, Benjamin and Aunt Martha came by once and Caleb did too but we weren’t home when he did. I missed out on seeing my Uncles Bobbi and Rudy, and my cousins Caleb and Joshua. But Grandma Katy took us to see my Great-Uncle-Albert and my Great-Aunt-Stina, and we happened to see my first cousin once-removed when she was visiting Stina. We spent time with Uncle Karl and Grandma Katy at home, and when she took us out to dinner. 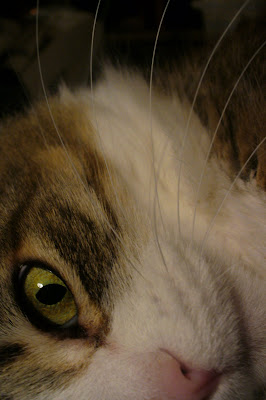 We got lost in Balboa Park one day but found our way back to South Park from downtown another day. Balboa Park is huge and beautiful. We saw many different types of gardens and hummingbirds followed us everywhere. 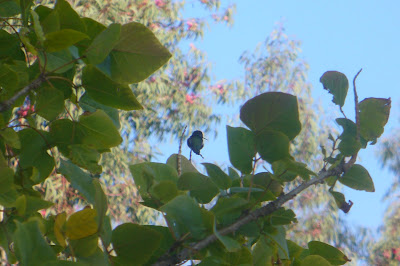 Hitching away from San Diego proved fairly easy. Uncle Karl dropped us off by an I-5 north entrance that was also the entrance to a less major highway heading north. Two people stopped within the first 15 minutes, but neither was getting on I-5, so we passed up those rides. Then a couple our age stopped and they were getting on I-5 so we hopped in.

This was one of our most informative rides, at least about one particular topic: traveling kids and their societal counterparts. One of our drivers had traveled extensively by many means. She had hitchhiked, train-hopped, driven around in a van and crossed the country several times over before she turned 16. She didn’t consider us true travelers because we have money to support ourselves. Therefore, we will never really be “traveling kids.” Traveling kids are young people who just have an itch to travel and when they hear a train whistle blowing, they want to hop on that train. They don’t think about how they’re going to get by, they just go. What I am writing is not necessarily my opinion, but what I understood from what she was telling us.

Regarding how she decides whether or not to pick up hitchhikers, she said she is much more likely to pick up two people traveling together. Amongst traveling kids, the term for your travel companion is “road dog.” She is also more likely to pick people up if they look basically put-together. That is, if they have bags, and their stuff seems compact and packed away and isn’t too raggy looking. But mostly she goes by intuition when deciding whether or not to pick someone up.

She warned us a lot to think of all the potential bad situations we could get into while hitchhiking, so that we would have a plan in place in case something happened. She gave us several possible scenarios of things that could go wrong pretty quickly and easily. She didn’t tell us any horror stories, but from her indications I gathered she had many. She told us we looked pretty fresh, or something like that. She said her nickname on the road is Mama, because that is the role she tends to take.

I take her advice to heart. I want to be prepared for the worst, just in case. Having a plan in place for how Brendan and I will get in touch with each other or find each other in case we get separated is a good idea, and it isn’t something we’ve talked much about. But I also think that because of the way we look, we get treated differently than traveling kids. Several people who have picked us up told us that the only reason they did is because we looked normal, or because we looked like them (read, clean and white). The peace corps volunteers even thought we looked like European travelers and that helped determine their decision to stop. I’m just guessing on this, but I think our encounters with police have been more positve than most traveling kids’ encounters with police for this same reason. Our driver said a lot of young people who are traveling are wanted in some way back in their home states. That would automatically make them incredibly wary of police. But when police stop to ask Brendan and me questions about why we’re hitchhiking, we come across as innocent because we don’t have anything on our records, so they just tell us to move or to be more surreptitious, or they drive us to another spot. We are travleing by hitchhiking because we want to legitimize hitchhiking for the masses. We are not doing it because it is our last resort or in order to gain any street cred.

The other member of the couple giving us the ride is a writer. Her girlfriend said she is a great person to talk to about publishing, and I’m hoping we can keep in contact with both of them in the future. They dropped us off at the exit before I-5 meets 405. We stood by the northbound entrance and made a sign that said “405” because people getting on could be doing one or the other. About 10 minutes later, a young man driving towards the southbound entrance across the street pulled over and yelled across four lanes of traffic, “Where are you going?” We said, “Huntington Beach,” and he motioned for us to come over. Turned out he was just off work and was almost home, but he saw us and wanted to help us out, so he drove us directly to the address we were trying to get to. It was so nice of him. We’ve encountered so many people who have gone out of their way to help us get where we’re going.

In Huntington Beach we stayed with my sister-in-law’s brother, Ben, and his wife Jill. We had contacted a couchsurfer in Huntington Beach before I was reminded that Ben and Jill lived there. The couchsurfer wasn’t able to host us, but thankfully Ben and Jill were willing to even with super short notice. We had a great time staying with them. They have three delightful pug dogs and we got to go on a trip to the beach with them all. 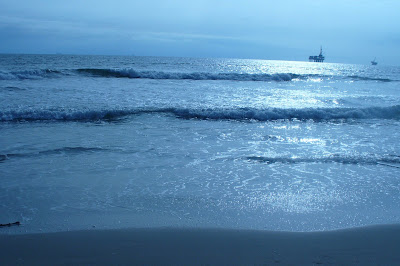 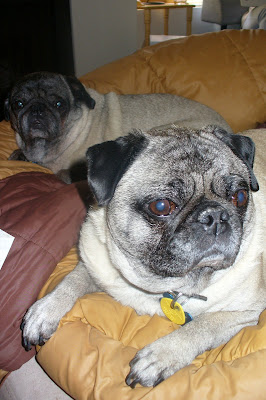 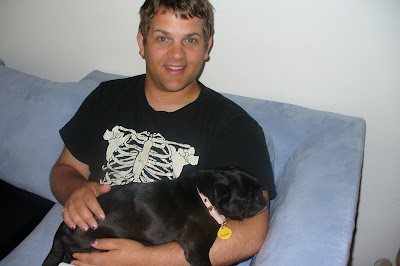 I hadn’t see Ben and Jill in a long time, and they made us feel right at home. They even offered to drive us to Tulare, and we happily took them up on it. It is about a three and half hour drive, and they took us on a detour through Hollywood. 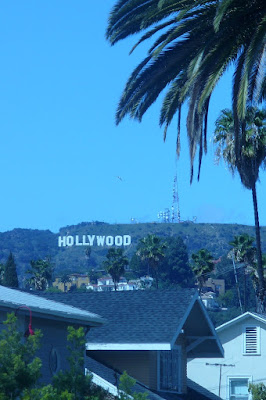 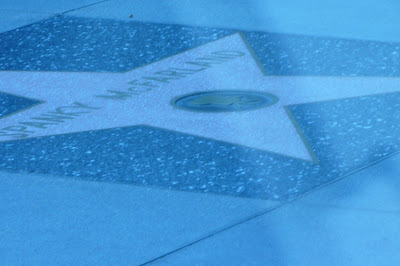 George "Spanky" McFarland
And now we are in Tulare! Staying here is like being royalty. We get all the free food and drink at La Piazza (fancy, delicious Italian food) we want and we get entertained by the ultimate jesters: a 6 year old niece and 8 year old nephew. What bliss.
Posted by Brendina Pederhold at 12:00 PM

Love your pics! Adorable pugs! Brendan looks like a natural Daddy holding Emma! Glad you got some sage advice from a hitch-hiking mama! Love you both!!

I miss you guys, and am glad you're still doing well. I'll see you soon, right?? You're here in just a few days!